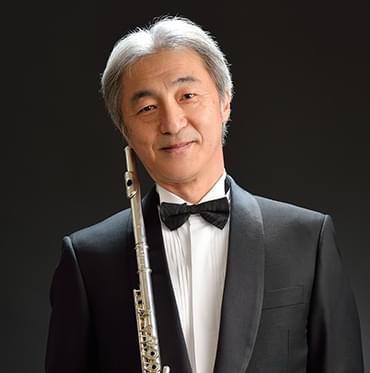 After graduating from the Kunitachi College of Music with the highest honor in 1977, Mr. Sakai continued his studies with Paul Meisen in Germany. He is the recipient of the 3rd prize (no 1st prize awarded) in the Munich ADR Competition in 1977 and 2nd prize (no 1st prize awarded) in the Geneva International Music Competition in 1983. In 1984, he became Solo Flutist at the Philharmonia Hungarica. Since his return to Japan in 1995, he has been performing a wide range of activities as a soloist, chamber musician, and jury member for various flute competitions. He is currently a visiting professor of Senzokugakuen Music College and vice-chairman of the Japan Flute Association. 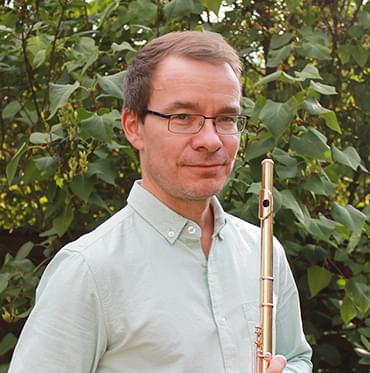 After studying at the Sibelius Academy in Helsinki, he continued his study at the Freiburg Music Academy in Germany with William Bennett and Hans-Peter Schmitz. He won first prizes at the Kobe International Flute Competition (1989) and the Munich ARD Competition (1990). After performing with the Zurich Opera Orchestra as principal flute, he held the same position at the Finnish Radio Symphony Orchestra from 1988 to 2012. In 2009, he made the world premiere of Lotta Wennäkoski’s flute concerto “Soie” with the Finnish Radio Symphony Orchestra. Currently, he is the main flute teacher in the Sibelius Academy where he has dedicated to fostering young musicians since 2012. In addition, he has served as a jury member in international flute competitions including Kobe, Munich (ARD), Odense (Nielsen), and others. 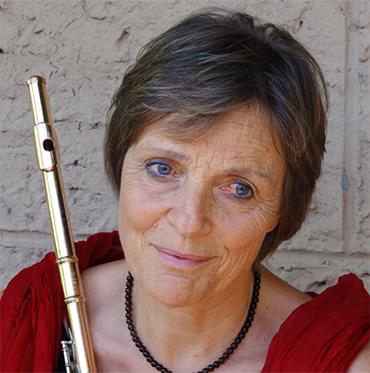 Ms. Greiss-Armin studied flute with Klaus Schochow, Aurèle Nicolet and Jean-Pierre Rampal. A laureate of various national and international music competitions, she began her teaching career as assistant to Prof. Nicolet while studying in Freiburg. As a soloist and chamber musician, she played extensively in Europe, Asia and South America, and played with the Merlin Ensemble, the Stuttgart Radio Symphony Orchestra, the Bayreuther Festspiel Orchestra, and more. She was professor of flute at the Musikhochschule Karlsruhe from 1980 to 2017. Many of her students became prizewinners of international competitions, orchestra musicians in major orchestras in Europe, and professors at universities of music. Besides her concert activities, she gives master classes in Europe and Asia and serves as a juror at major national and international competitions. 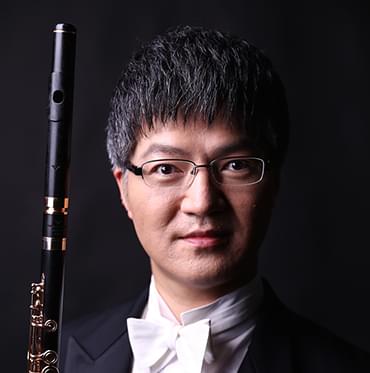 In 1993, He graduated from the Tokyo University of Arts, from where he later acquired a Master’s degree in 2007. He also studied at Universität für Musik und darstellende Kunst Wien for a year in 1995. He is the winner of the Japan Flute Convention’s Competition and the Japan Wind and Percussion Competition. Besides serving as principal flutist of the NHK Symphony Orchestra, he also performs as a member of THE FLUTE QUARTET. He is also involved in music education in his capacity as a professor of Toho Gakuen School of Music, visiting prof. of Osaka University of the Arts, and lecturer of the Tokyo University of the Arts. The author of Jotatsu-no Kihon Flute (Basics of Improvement: Flute) published by Ongaku no tomo sha in 2018, he has arranged and published more than 60 flute ensemble works. 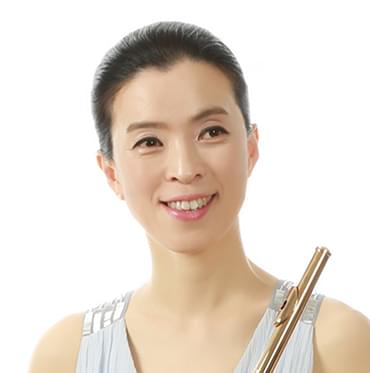 Ms. Lee continued her study at Oberlin College and Yale University after graduating from the Seoul High School of Arts. A student of Michel Debost and Ransom Wilson, she won prizes at many competitions in the US. She was a principal flutist of the Bucheon Philharmonic Orchestra, one of the leading orchestras in South Korea, from 1992 until 2011. She has given many concerts in Seoul. She also played as a soloist with orchestras such as the Ensemble of Tokyo and I Solisti Veneti (under the direction of Claudio Simone). She has taught in several important schools in Korea including South Korea National University of Arts, Seoul National University, and Seoul High School of Arts. Recently, she has also served on the jury of the Carl Nielsen International Competition and many others. 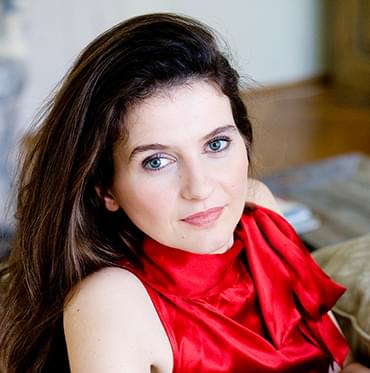 Ms Louvion studied flute with Raymond Guiot, and later flute and chamber music at the Conservatoire National Supérieur de Paris with Alain Marion, Sophie Cherrier and Vincent Lucas. She also studied mathematics and physics at a university. Principal flute of the Frankfurt Opera and Museum Orchestra since 2002, she also appears as a soloist with many orchestras such as the Marinsky Theater Orchestra, Tokyo Metropolitan Orchestra, Yomiuri Nippon Symphony Orchestra, Orchestre National d’Ile de France, Orchestre National de Lille, to name but a few. She is also a well-reputed soloist and chamber musician performing in many international festivals. She has taught in Mainz and Frankfurt Musikhochschule, has been invited as a guest teacher at the Tokyo University of the Arts, and is regularly teaching Master-classes and academies worldwide. She is the 1st prize winner of the 5th KIFC. 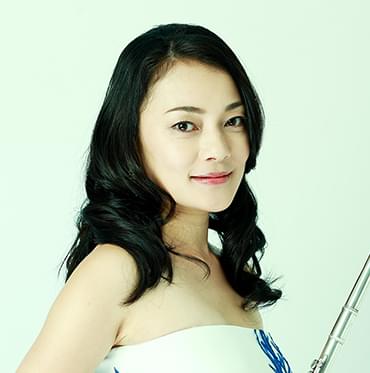 Graduated from the Tokyo University of the Arts, Ms. Takagi is a prize winner of many competitions including Music Competition of Japan (2000), Jean-Pierre Rampal International Competition (2005), and Kobe International Flute Competition (2005). As a soloist, she has performed with leading orchestras in Japan and abroad–I Solisti Filarmonici Italiani, the Stuttgart Chamber Orchestra, St. Petersburg Symphony Orchestra, Ensemble orchestral de Paris, to name just a few. She has also released many CDs from the Avex Classic and Nippon Columbia. Without being limited to the framework of a conventional classical musician, she has appeared in television and radio programs as well as TV commercials, receiving attention from numerous different fields. Currently she is an associate professor at the Tokyo University of the Arts and a visiting professor at Senzoku Gakuen University. 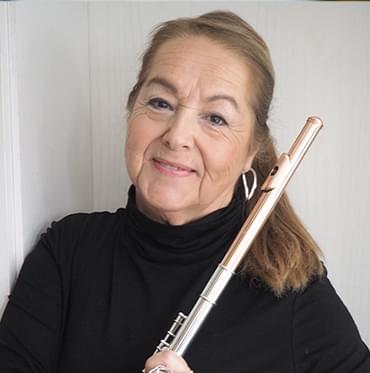 Graduated from the State Conservatory İzmir in Turkey, she went on studying with Aurèle Nicolet at Hochschule für Musik Freiburg in Germany. She performed with not only the SWR Baden-Baden Freiburg Symphony Orchestra as Solo Flutist, but also orchestras in Europe, USA, Japan, South Korea, Turkey and many other countries as a soloist. She is a prize winner of many international competitions including the 1st prize at Markneukirchen International Instrumental Competition and the 2nd prize at Prague Spring (1978), and the 1st prize of the Kobe International Flute Competition (1985). In 1986, she was appointed as Professor to Staatliche Hochschule für Musik Trossingen, where she taught many students until recently. She currently continues her teaching as Artist in Residence at Istanbul Maltepe University Conservatory in Turkey. She was awarded the tittle of State Artist 1998 of Turkey. 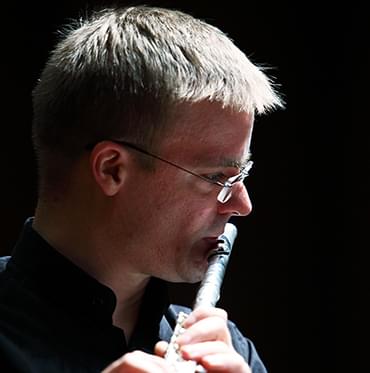 Mr. Wiese studied flute with Ingrid Koch-Dörnbrak and Paul Meisen. He also took his degree in Indo-European and general linguistics as well as in musicology. Having served as principal flute at Bavarian State Opera in Munich from 1995 to 2006, he has held the same position at Bavarian Radio Symphony Orchestra since 2006. As a soloist, he has appeared with orchestras such as Radio Symphony Orchestra Berlin, Polish Chamber Philharmonic, and Prague Chamber Orchestra. His wide-ranging activities extend to music publishing. He has edited not only flute music (e.g. Reinecke’s flute concerto) but also symphonic repertoire such as Mozart’s symphonies K. 385 and 550 for Breitkopf & Härtel. He is the award recipient of many national and international competitions, including the Kobe International Flute Competition (1997). Since 2020, he teaches at Musikhochschule Nuremberg.

Ms. Ishibashi graduated from Showa University of Music with a special award. She studied piano under Takahiro Sonoda and was a finalist at the 13th Clara Haskil International Piano Competition. She completed her postgraduate studies with the highest honors at State University of Music and Performing Arts Stuttgart, where she studied piano and lied accompaniment. Since her return to Japan, she has worked mainly as an ensemble pianist and served as an official accompanist for various competitions including the Kobe International Flute Competition. She has also performed with many musicians from both Japan and abroad for recitals and concerts. She is currently a lecturer in the department of Piano and Piano Accompaniment at Showa University of Music and Showa College of Music.

After attending Toho Gakuen Music High School, Ms. Ishibashi graduated from Toho Gakuen College Music Department. She received a special award for her outstanding performance as an accompanist for the discipline of flute at the 82nd Music Competition of Japan and the Best Accompanist Award at the Biwako International Flute Competition. While she has performed with many musicians at recitals and recordings in Japan, she has also actively engaged with music festivals in Asia, Europe, and Central America. She has been an official pianist for the Kobe International Flute Competition since its 5th edition.

Mr. Okamoto is a graduate of the Kunitachi College of Music, where he obtained both bachelor and master’s degrees. He then obtained a diploma from Conservatoire à rayonnement régional de Paris. Besides his activities as a soloist, he has also performed with prominent Japanese and foreign artists, and has participated in recording of sound tracks for NHK-FM and motion pictures. He also made a guest appearance as a keyboard instrumentalist at the Tokyo Philharmonic Orchestra. He is a recipient of many awards including unanimous first medal from the Brest International Piano Competition in 2009, the 34th Kirishima International Music Festival Award, the Best Accompanist Award from the 21st Yuai German Lied Competition, and the 3rd prize in chamber music category from the 6th Akiyoshidai Music Competition.

Graduated from the Kyoto City University of Arts, Ms. Suzuki obtained the Artists Diploma from the Indiana University and continued her studied in Germany and France. After returning to Japan, she held well received recitals in Kyoto, Hyogo and other cities. She has been actively engaged in chamber music and has performed with internationally renowned musicians including Tsuyoshi Tsutsumi, Noboru Kamimura, William Bennett, and Trevor Wye. She has also been appearing on the international stages, including performances in Taiwan, China, and the USA. She was invited to perform at the Honored Concert for the 30th anniversary of the normalization of diplomatic relations between Japan and China. She has been an official pianist for the Kobe International Flute Competition since its 8th edition.

Ms. Yoguchi graduated from the Tokyo University of the Arts, where she obtained both bachelor and master’s degrees. Acclaimed as an ensemble pianist, she has performed many renowned musicians and has established a mutual rapport with them. A four-time recipient of the Best Accompanist Award in the Biwako International Flute Competition, she has served as an official accompanist for various competitions and as an assistant accompanist at the Tokyo University of the Arts. At the 76th Music Competition of Japan, she was also awarded a special prize for her excellent performances as an accompanist in the discipline of flute. She is currently an adjunct lecturer at Showa University of Music and Showa College of Music. She has been an official pianist for the Kobe International Flute Competition since its 5th edition.

Established in 1981, the Kobe City Chamber Orchestra has an extensive musical repertoire ranging from baroque to contemporary. It also vigorously works on lesser-known but still impressive works and deploys high quality of music activities. In 1998, Gerhard Bosse was appointed as its music director, and under his direction, it remarkably achieved a high level of both performance and artistic excellence, even attracted international attentions through its well-received concert in Germany in 2011. In 2013, Kiyoshi Okayama, a leading figure in the field of Japan’s ensemble orchestra, took over a position of music director along with Bosse’s high-philosophy and committed to further advancement of artistic excellence. In 2018, its name was changed to Kobe City Chamber Orchestra, and since then it has been engaging new activities.